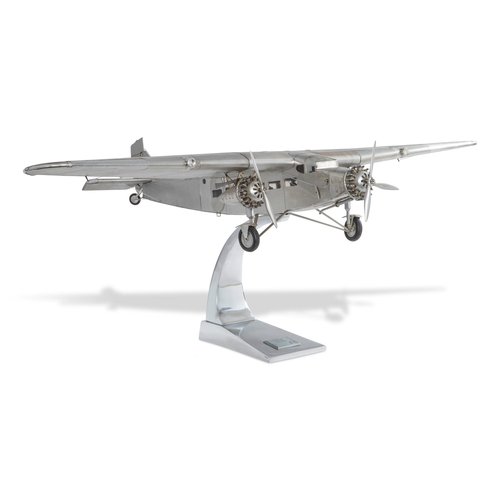 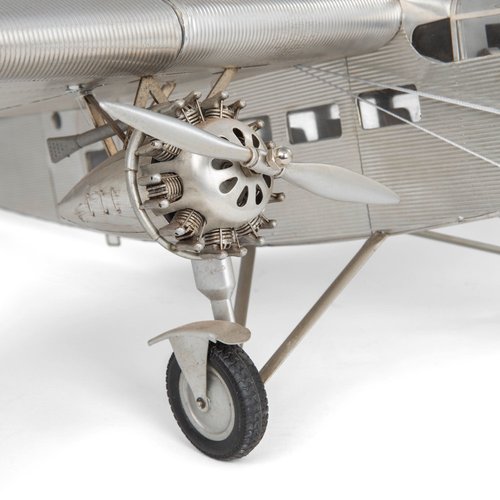 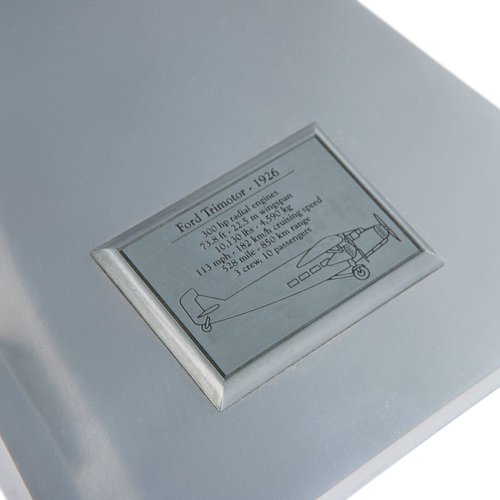 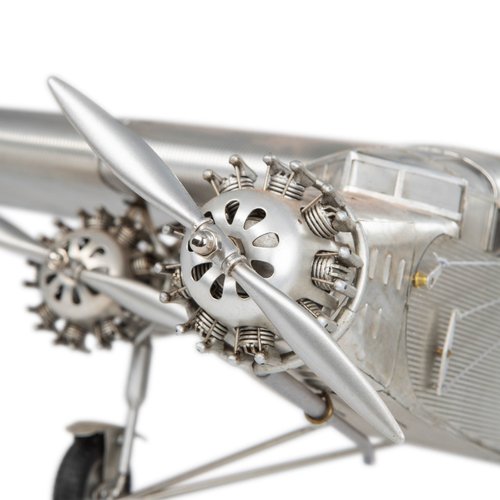 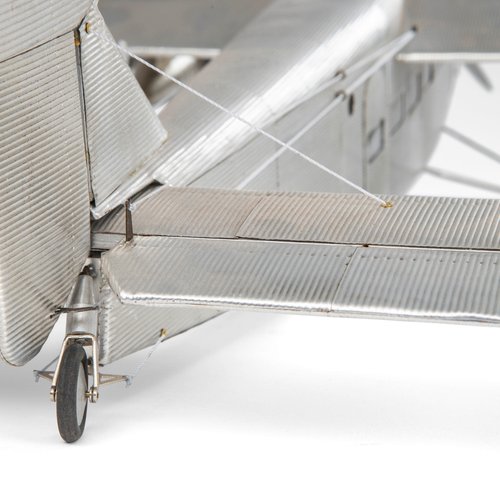 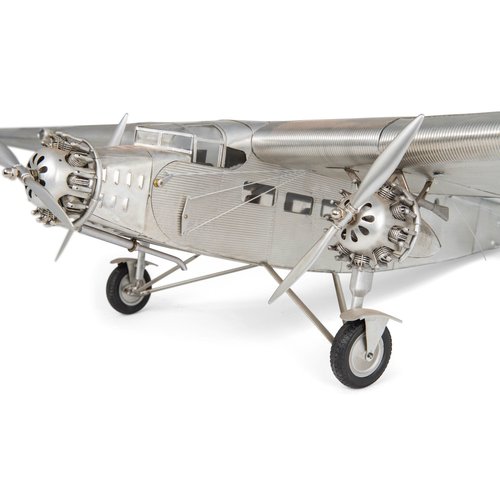 Between 1926 and 1933 only 199 Trimotors were built in Ford’s own factory. Corrugated metal on great thick monoplane wings was a German development, used in Junker JU-52 planes that were flying the Berlin-Rome-London route. Trimotors were flown by airlines, oil companies and wealthy individuals. The Ford Trimotor and Junkers JU-52 were pioneering airplanes that led to generations of Douglas and Boeing fleets of aircraft, soon to criss-cross the world.