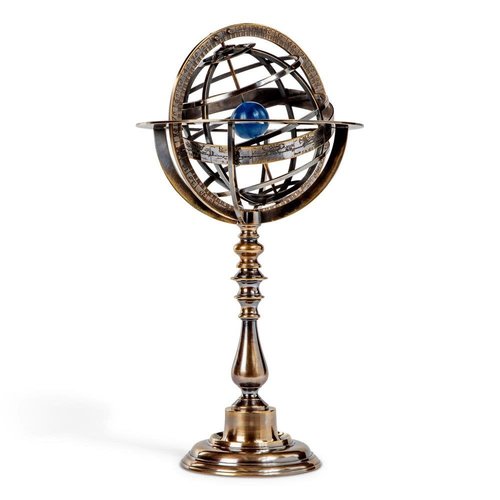 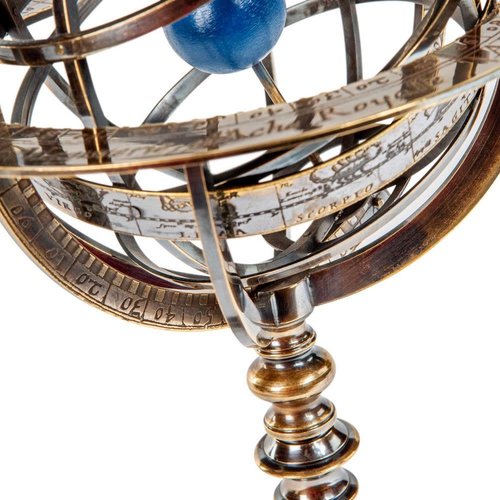 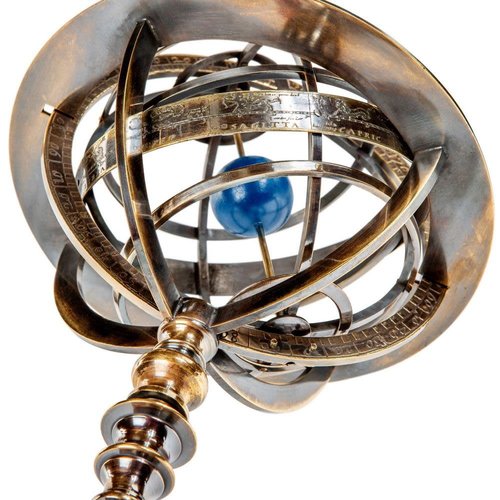 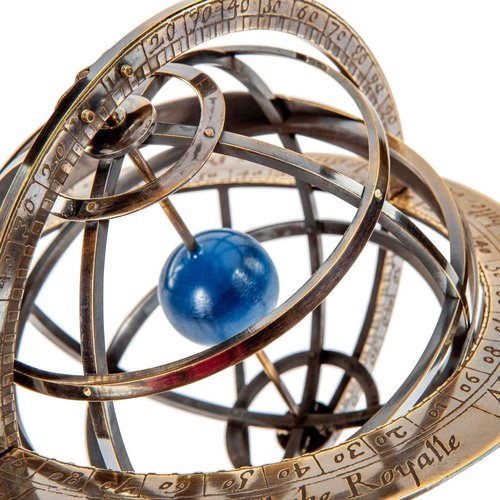 Where is the Sun? Lees meer

Early man, looking at the heavens, believed the stars were fixed to the inside surface of a rotating sphere. Copernicus gave his name to the theory of an Earth-centered universe, and the Vatican propagated his belief by threatening to burn science heretics at the stake for stating otherwise. We now know that we live on the fringe of a nearly infinite and ever expanding universe. Armillary dials have the earth positioned inside a mesh of bronze hoops, symbolizing the course of the planets as known at the time. The course of the sun is shown by a wide band called the ecliptic circle. 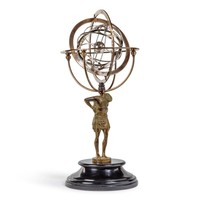 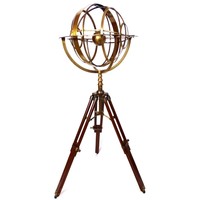