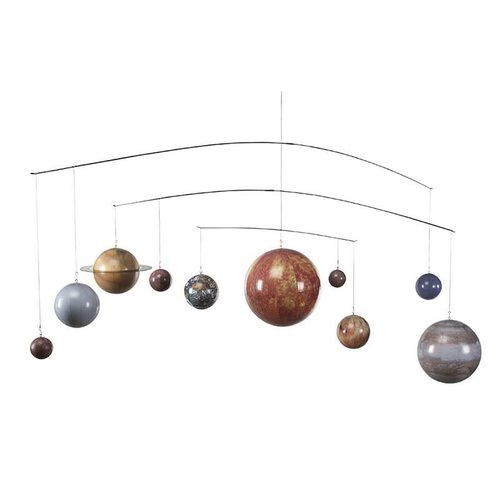 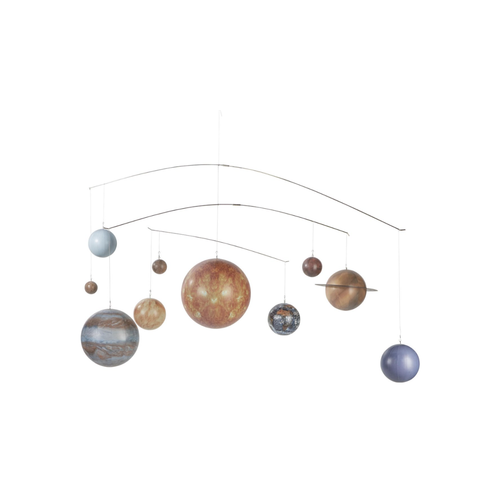 Gazing in the night sky we wonder about the size and scope of the universe. Within that magnitude our solar system seems infinite and overwhelming. It’s easier to understand native creation myths, Newtonian and Galilean theories, and great historical discoveries when viewing the solar system on a smaller, more comprehensible human scale. Reduced to both scientific and decorative models of our planetary system, revolving around the sun and not the earth as early scientists believed.